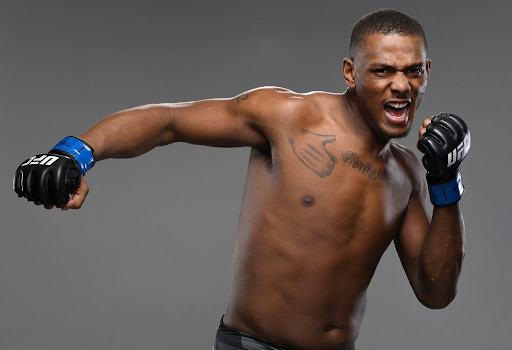 Jamahal Hill Is a Future UFC Title Challenger, Like It or Not!

The UFC Light Heavyweight division has regularly been associated with some of the world’s most standout mixed martial artists. But following his devastating TKO success over Thiago Santos in the main event of UFC Fight Night on August 6, Jamahal Hill is a name that must be thrown into the mix, whether you like it or not.

Jamahal Hill, 31, instantly called for a shot at gold during the post-fight interview following his fourth-round TKO over Santos but additionally expressed his interest in ex-champion Jan Blachowicz.

However, not everyone agrees that Hill deserves such rewards so soon, but Hill hasn’t wasted time in firing back against his haters.

“People need to shut the f*ck up about this whole, ‘Oh, Jan is this, he’s not on Jan’s level, Jan will take it,’” Hill commented during an interview with Sportskeeda. “Bro, Jan f*cking lost to Santos. Santos knocked him the f*ck out, and if I’m not mistaken, he was losing that fight. Thiago Santos knocked him out. Three f*cking years ago, it was not that long ago, so he never fought him again after that. He beat Corey Anderson, no longer in the UFC; he beat Dominick Reyes coming off a loss, and that’s how he became champion.

“Then his only title defense came against the smallest f*cking 205-er that you could possibly fight (Adesanya) just because he was the champion in the smaller weight class. You didn’t go out and just put on a dazzling performance and beat him up. He laid on him. I respect Jan. Jan is a credible threat; he’s definitely one of the best in the world. But whenever you talk about comparing myself to anybody, bro, I compare to any f*cking body.”

Hill is ranked No.6 in the current UFC light heavyweight division. Jiri Prochazka and Glover Teixeira will be clashing for the championship a second time before the end of the year, and Magomed Ankalaev and Blachowicz are the alternative contenders. The latter could earn their right before Hill receives his chance at gold.

Representing Michigan, Hill has risen to the elite stage of MMA at a rapid rate. After turning professional in 2017, Hill found himself contracted by the UFC a mere two years later. This, however, isn’t a knock on his skillset; he’s 5-1 in the UFC octagon with fight-ending power that’s stopped all but one of his opponents in the cage. His recent win streak is undoubtedly deserving of championship-contending talks, but he’ll need one more win to secure that position.

Blachowicz could be the determining factor if Hill has to wait a little longer for his shot; the former Polish champion could opt to fight Hill instead of a potential meeting with Ankalaev. However, if the UFC books Ankalaev vs. Blachowicz, the number one contender will be declared from this bout. Outside of possible injury or late notice replacements, Hill would naturally be booked elsewhere. Still, no matter who the opponent could be, another significant win would solidify his position as the next in line. 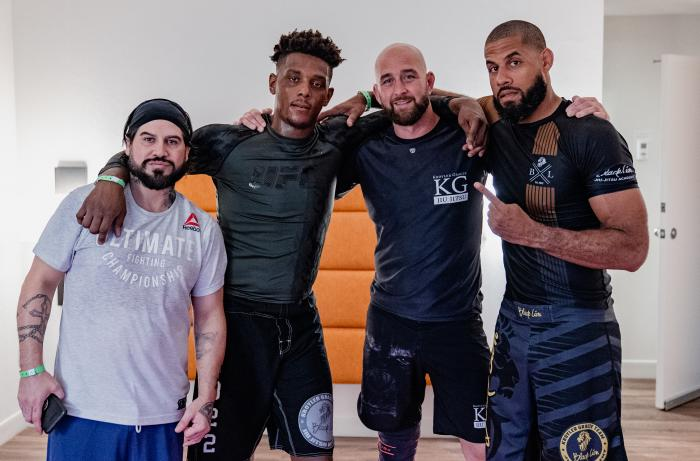 I envision two scenarios, Hill versus Blachowicz or Hill versus an outsider like Aleksandar Rakic. Both of these, I believe, can position Hill into number one contention, so long as he’s patient and the timeline matches up with the potentially scheduled bouts we’re hypothetically evaluating.

Either way, and If you’re a betting man like myself, Michigan betting apps will provide great value on any of the aforementioned fighters matching up against Hill. The competition is naturally becoming stiffer, and we know the betting value will reflect this.

Hill’s ultra-quick rise to the top of MMA is a reason to wager on this man alone, that’s without the freakish fight-ending power strikes he delivers once the cage door closes.

Paul KOs Woodley in 6th: Insights From a Training Partner

END_OF_DOCUMENT_TOKEN_TO_BE_REPLACED

MILLIONS is using the Personal Video feature to connect with our athletes and we asked Bellator MMA...