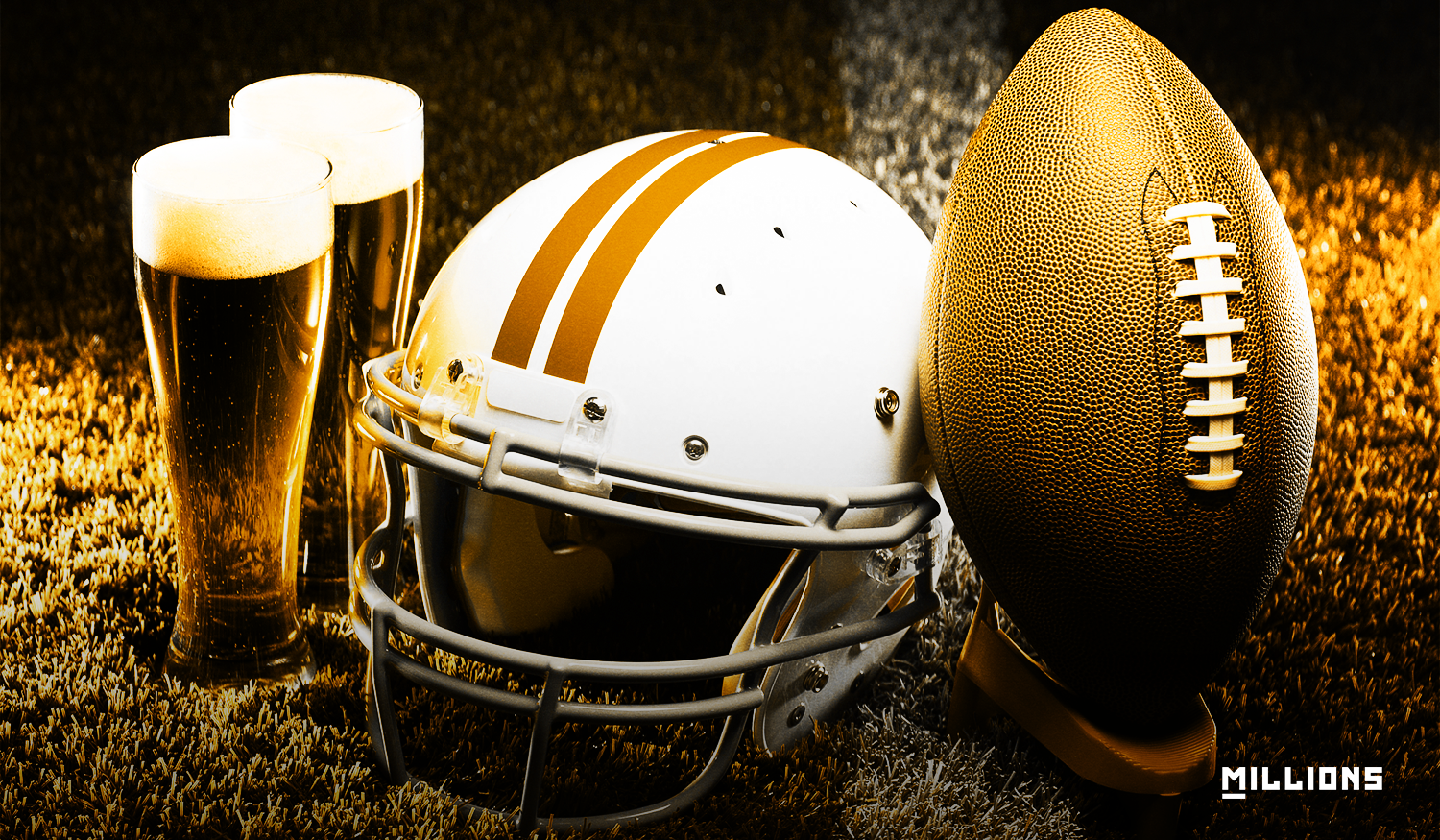 How Alcohol Brands Can Reach NFL Fans Without Exclusive Deals Watching a game is more often than not a social event, along with the parties fans enjoy while watching them. Whether you approve or not, game day alcohol consumption among fans is a tradition in most professional sports, and the NFL is no exception. The time honored tailgate party clearly illustrates the festive mentality that accompanies every game. There’s even a National Tailgating Day in the United States.

Not every fan can join in on the tailgate party, however, but any fan can get in on a WatchParty at MILLIONS.co.

A WatchParty is just what it sounds like: fans gather online to watch a game. What makes WatchParties even more enticing is that they are hosted by professional football players themselves, providing a unique opportunity for fans to interact with a player bringing expert perspectives and insight.

The caveat is that brands can only sign a sponsorship deal with a team and not individual players, although individuals can be compensated for the use of their images. Images must feature active players, and the content cannot imply players are endorsing the product. Images used must also be licensed Associate Press photos. Furthermore, the number of ads permitted by spirits brands during a game are limited to four total and two per quarter, cannot be football themed, must have some content oriented toward social responsibility, and must avoid targeting underage drinkers.

In the past, alcohol brands have featured inactive or retired players in advertising to get around the restrictions. The wisdom and insight those retired players bring to the sports conversation is invaluable to fans, but the field has opened up with active players being featured in marketing campaigns.

Since the new policy appeared, brands have been busy marketing via the NFL’s active rosters.

Anheuser-Busch InBev is said to have broken the barrier by inking deals with Major League Baseball and the National Basketball Association. It’s no surprise that Anheuser-Busch now holds beer rights in the NFL. According to Mark J. Burns for Morning Consult, “IEG Research, which tracks sponsorship spending, found that [beer] companies shelled out 4.3 times more than any other sponsor category during the 2018-19 season.” Beer companies may dominate in the NFL, but the field isn’t too crowded for other liquor, wine, and hard seltzer brands.

Hard numbers are hard to come by for return on investment, but it doesn’t take much imagination that these partnerships are working for these brands. Take Anheuser Busch, for example. The brand has been partners with the NFL since 2011 and has extended the deal into the 2026 season, reportedly shelling out more than $250 million per year for the rights. So it’s clearly working for them in a big way.

While the big alcohol brands are paying the big money for NFL marketing, there’s room for others to join in, and the market is there. In an article on Zoomph analyzing the drink preferences among NFL fans, Robert Lindner found that craft beer was popular among Chiefs, Bills, and Browns fans; hard seltzer found followings among Jets, Bengals, and Browns fans; while wine lovers support the Rams, Buccaneers, and 49ers. Beer may be king, but there’s room at the royal table for others.

MILLIONS WatchParties are one way for other types of alcohol brands to find a seat at that table. And there’s no limit to the companies that can sponsor these WatchParties.

The NFL Legends WatchParty on MILLIONS

With AB owning beer rights, Diageo locking down the spirits, and Gallo bringing the wine, other brands may be asking how they can get in on the NFL action and reach the same audience. Again, MILLIONS WatchParties are the answer.

Brands have a unique opportunity to sponsor WatchParties on MILLIONS via the NFL Legends campaign. NFL Legends is designed to bring together fans and hosts—popular retired NFL players like Terrell Owens, Carson Palmer, Frank Gore, and LeGarrette Blount. All four have the street cred to bring in the fans. Add to that their active presence on social media, with numbers of followers ranging from 120K (Palmer) to 547K (Blount), giving each another avenue to drive traffic to the WatchParty.

During the WatchParty, the sponsoring brand’s logo will appear on screen with shout outs from the hosting athlete helping to raise brand awareness. This means hours of direct audience engagement between host and fans. Fans can engage in Q&A with the hosts directly to enhance the party-like atmosphere and active audience participation.

MILLIONS will create branded promo posters and help with promotion of the event, too, along with shareable media assets such as short and long form videos.

MILLIONS knows its demographics, targeting 21-50 year old fans (so, no underage drinkers targeted, appealing to brands anxious to adhere to a social responsibility message) who are primarily male.

WatchParties in general have become increasingly popular online, and accelerated by the COVID-19 pandemic. Even Amazon and Hulu have gotten in on the act by encouraging people to throw a WatchParty with friends centered on their favorite television shows and movies. The WatchParty is coming of age in a big way.

MILLIONS offers a one-of-a-kind opportunity for brands, though. MILLIONS focuses only on sports, and the NFL Legends Sunday WatchParty campaign is focused on the most popular sport in America. The host’s dual purpose of engaging with fans (who get to “tailgate” where they want!) and making sure the event is fun for all while also representing the brand is the perfect balance of engagement and brand impressions.

Contact the advertising department at MILLIONS to learn more.

END_OF_DOCUMENT_TOKEN_TO_BE_REPLACED

The Top 5 Live-Streaming Platforms for Marketing

Why Athletes and Health & Wellness Companies Are Perfect Partners